CoreOS is an important part of many container stacks. In this series of posts, we’re going to take a look at CoreOS, why it’s important, and how it works. If you don’t know anything about CoreOS already, don’t worry. We start at the beginning.

The Basics and How CoreOS Is Different From Other Linux Systems

CoreOS is designed for security, consistency, and reliability.

CoreOS runs on almost any platform, including Vagrant, Amazon EC2, QEMU/KVM, VMware, OpenStack, and your own bare-metal hardware.

Because CoreOS is only designed to run application containers, many fewer system-level packages are required and installed. This means lower CPU use and more efficient memory (RAM) use as compared to a typical Linux server. 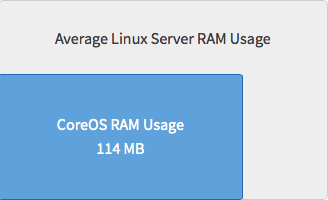 In addition, CoreOS uses an active/passive dual partition scheme to boot from.

The system is booted into the root A partition:

The purpose of this will become clear in just a moment.

The CoreOS update philosophy is that frequent, reliable updates are critical to good security.

CoreOS minimizes the complexity of an update by combining each entity that normally needs to be updated:

CoreOS updates are made consistent through use of FastPatch, an active-passive root partition scheme, which updates the entire OS as a single unit, instead of package by package.

All CoreOS machines have access to the public Update Service to receive updates as soon as they are available. The CoreOS Engineering team manages this service, including the promotion of versions from channel to channel and how quickly each update is released. These updates will always be available to all users, regardless of their status as CoreOS customers.

How an Update Works

This type of update has long been used for electronic firmware and is now used for most browser updates. Consider how frequently and seamlessly browsers like Chrome and Firefox update themselves automatically. The CoreOS team has, in fact, repurposed Google’s update engine, Omaha, also used in Chrome. Omaha uses an XML client-server protocol.

Initially, the system is booted into partition A (active) and CoreOS begins talking to the update service to find out about new updates. If there is an update available, it is downloaded and installed to root B.

Instead of updating a single package at a time, CoreOS downloads an entirely new root filesystem.

The OS update gets applied to partition B (passive) and, after reboot, partition now B becomes the active partition to boot from. 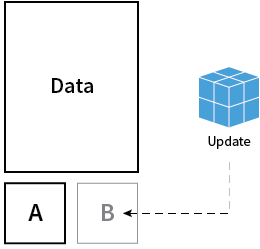 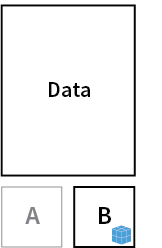 If the update is unsuccessful during the reboot, it rolls back to the previous boot partition.

With CoreOS, a system update is an atomic operation that can be easily rolled back.

The dual-partition scheme has many benefits over an in-place upgrade:

Each CoreOS cluster has a unique tolerance for risk and the operational needs. To meet everyone’s needs, there are four update strategies.

Let’s take a more detailed look at these update strategies:

Automatic CoreOS reboots are done by locksmith, which is a reboot manager for the CoreOS update engine which uses etcd to ensure that only a subset of a cluster of machines are rebooting at any given time. locksmithd runs as a daemon on CoreOS machines and is responsible for controlling the reboot behaviour after updates.

The update strategy is defined in the update part of cloud-config file:

We’ll cover the specifics of cloud-config file in a future post.

CoreOS releases progress, in order, through each channel: alpha, to beta, then stable.

Note: It is not possible (without a fresh reinstall of OS) to install from the alpha channel and later switch to the beta or stable channels.

To switch a machine’s release channel, create an update.conf file:

Then set the desired release channel:

Now restart the update engine in order for it to pick up the changed channel:

When the next update check is done, the new release channel is applied.

CoreOS uses etcd, a service running on each machine, to handle coordination between software running on the cluster. For a group of CoreOS machines to form a cluster, their etcd instances need to be connected. We’ll cover etcd in more detail in a future post.

A discovery service, https://discovery.etcd.io, is provided free of charge to help connect etcd members together by storing a list of peer addresses, metadata and the initial size of the cluster under a unique address, known as the discovery URL.

You can generate a discovery URL very easily:

This works via providing all peers with a discovery token, and that’s how this service knows what to respond with.

This is used only for initial discovery and once a machine has located a peer, all further communication and coordination happens entirely within the cluster.

The discovery URL can be provided to each CoreOS machine via cloud-config, a minimal config tool that’s designed to get a machine connected to the network and join the cluster. The rest of this series will explain what’s happening behind the scenes, but if you’re trying to get clustered as quickly as possible, all you need to do is provide a fresh, unique discovery token in your cloud-config.

There are other etcd cluster bootstrapping methods:

You can read more about Cluster discovery in the documentation.

In the next post in this series, we take a closer look at cloud-config, and etcd. We’ll also look at a few common cluster architectures.